New Mangalore College of Nursing is situated in Mangalore in Karnataka state of India, it is accredited from AICTE and it is affiliated to Rajiv Gandhi University. MCN, Mangalore offers 1 courses across 1 streams namely Nursing and across 1 degrees like BSc.Hostel facility is not available for its students.

Mangalore College of Nursing was established in the year 1997.The institution is inspired by the vision of Late. Dr. Ramachandra Ulllal. He passed his MBBS in 1951 from the esteemed Stanley Medical College, Madras.  He further  did his T-D P course in 1953 in Coimbatore.  He underwent his Radiology training in Bernand Institute at Madras in 1956.   He started the Radiology department in Government Wenlock hospital as Asst. Surgeon in 1957. He was man of simple living, sincere, honest and systematic in his approach as a person and as a surgeon.  He was very well read, and a historian well great knowledge in every aspect of life. Later he is promoted as the District Medical Officer who founded the ullal General Hospital  in 1987, followed by Hariram  memorial Medical centre. 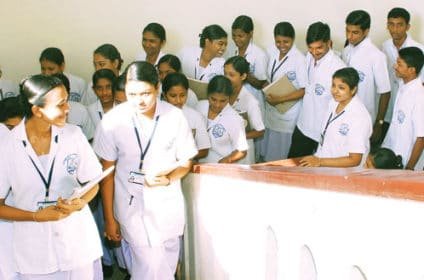 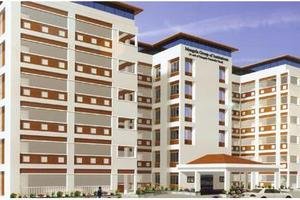 Book Admission In This College

Campus Life
Our college has total of 250 students from different part of the country Most of them are from Kerala then comes karnataka students and also students from west Bengal, Meghalaya,Arunachal,Gujarat are also studying there. Out of 250 students 60 are Boys and rest are girls We have an annual sports meet during the month of march

Course Curriculum Overview
Course duration is 4 years and university exams will be annual and 3 internal exams will be there in one academic year, internals will be out of 40 marks and half of the total mark is required for qualifying the exam The college assures the highly professional standards and also our principal who is the backbone of our college

Remarks
Goood and have some difficulties about the transportation to the college. The college has to reduce the pollution control and it has the positive environment to the students and having the facilities of sports

Placement Wing
Yes my college provides internship for 6 months at last of the year. The job opportunities are plenty in nature for nursing. Most of the students are placed in mmm hospital, appolo hospitals, narayana hospitals

Alumni
Yes they are helpful on the alumi network and the senior students. It should help us to getting the information about the job opportunities and how to train your self behavior to the college.

Faculty
Most of tge faculties are master in degree of nursing. And 3 phd professors. It contains 29 clinical instructors who are finished their bachelor degree. And contain 2 assistant professors. And some administrative staffs. Librarian and physical developer.

Campus Life
They have providing good labs sports and more opportunities to make the students as brilliant in the college the international and national level of sports are conducted in the college as it is guaranteed to give opportunity.

Course Curriculum Overview
The course is about 4 years. And it have the certified syllabus and a professional course and it have the permission of continuing the course for 50 students only. It has the 3 hour exam pattern and once a year. It should be conducted under cctv surveillance.

Loan/ Scholarship Provisions
No there is no loan facility offered by college but the candidate should get the scholarship or loan from other organisation or facilities. It is not have the facility to reduce the fees. It has the plenty of facilities given

Few lectures were highly qualified where as few were utter waste cultural events wer comparitively less. College had more boys than girls there was a discrimination on the basis of state from the students and management.

I stay in hostel. It is a very clean and disciplined hostel. We have two sharing and single rooms as well. And rooms as we are grown up it is our duty to keep our own room clean. The hall,parlor is taken care by the hostel but rooms is our responsibility.

Our college Every year hosts alumni meet…. Our many lectures are alumni of our college

Yes we have a year internship course… I still have a long way to go for the internship.I dont know about the stipend usually we will have the internship

It’s the best college to show case your abilities in both academics and extra curricular activities. there is no ragging of any sort and all of those are rumours.

it was a dream from my childhood ,even in this tough and competitive world i wanted show my passion towards medicine and i am on the verge or process in getting through with it.

We don’t have any placements offer in our college but our college allows the students to work as doctors after the completion of their course depending upon the vacancies,

the students can work here itself with a paid salary,or we can try to be a lecturer in the college which offers a good amount scope and salary.