M.A. English or Master of Arts in English is a postgraduate academic degree. English literature includes a comprehensive study of both ancient and modern English literature comprising poetry, prose, and fiction. The literature is written in the English language not only by English writers from England but also from the other country writers, for example, Robert Burns was Scottish, James Joyce was Irish, Joseph Conrad was Polish, Dylan Thomas was Welsh, Edgar Allan Poe was American, J. R. R. Tolkien was born in the Orange Free State, V.S. Naipaul was born in Trinidad, and Vladimir Nabokov was Russian, but all are considered important writers in the history of English literature. The course also includes a thorough study of Indian Writings in English from its very early times to the contemporary ones. The duration of the course is two years and the syllabi are divided into four semesters. 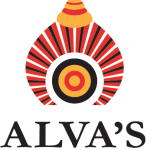 Get Admission For This Course