The Karnataka government further easing restrictions under “Unlock 4.0”. At a meeting of Chief Minister BS Yediyurappa with ministers and govt officials, it has been decided that institutes of higher education will be allowed to reopen from 26 July.

People who are vaccinated (partially or fully) will be given entry, according to the news agency ANI. On reopening colleges and universities, the government said only those who have taken at least one dose of vaccine will be allowed to attend their duties and classes.

A decision to this effect was taken at a meeting chaired by Chief Minister B S Yediyurappa with senior ministers and officials at his residence here. An official statement said cinema theatres would be allowed to operate with 50 per cent occupancy after adhering to COVID-19 protocols.

Earlier the Karnataka government has further eased restrictions with all public transport- buses and metro- were seen operating up to its seating capacity.

With the government allowing places of worship to open only for darshan, people, though fewer in number, were seen visiting temples following COVID precautionary measures at several places in the city.

The government had imposed restrictions since April 27 and it was made stringent from May 10 as the COVID-19 daily tally exceeded 50,000 cases on May 5, while active cases were over six lakh on May 15. The norms were relaxed from June 14, eased further on June 21 and again on July 5.

Night curfew, which was from 7 PM to 5 PM was further relaxed by two hours from July 5 and was in force from 9 PM to 5 AM. From Monday, it will be in force from 10 PM to 5 AM. The government relaxed the norms after the COVID cases came down substantially. The state reported 1,869 fresh infections, 42 deaths and 30,082 active cases on Saturday 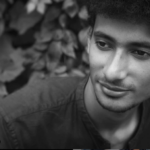